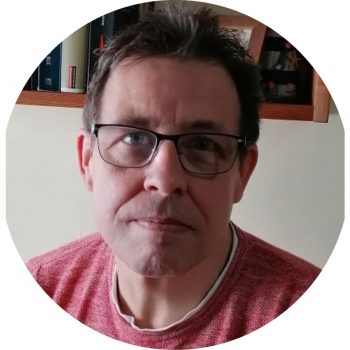 Graduated in Sociology from the Complutense University of Madrid (1990). In 1992 I received the Complutense prize for research, in the “Legal-Social” Area, for Opulence and Health. Psychosocial study of medicine use and abuse. Since 2002 she has worked as a research technician at the Institute for Advanced Social Studies (IESA-CSIC), where she specializes in qualitative research techniques. Previously, he worked as a research technician at the company Caleidoscopia Investigación social S.L., of which she was a founding partner.

His work has focused fundamentally on the development and formalization of procedures for the Sociological Analysis of Discourse, within the socio-hermeneutical tradition, to which he has contributed with various articles and publications, (“Análisis sociológico del discurso: métodos y lógicas”/ “Sociological Analysis of Discourse: methods and logic”, FQS, 2009; “El discurso implícito: aportaciones para un análisis sociológico”/ “The implicit discourse: contributions for a sociological analysis”, REIS, 2014). In this sense, he has recently edited with Benno Herzog a book that includes various contributions and perspectives with the common denominator of the sociological perspective in discourse analysis. Among these contributions is a joint one with Luis Enrique Alonso with the title of “Sociohermenéutica: fundamentos y procedimientos para la interpretación sociológica de los discursos”/ “Socio-hermeneutics: foundations and procedures for the sociological interpretation of discourses” (2019).

He has also worked on the methodological development of group techniques for discursive production, particularly in small discussion groups or triangular groups, establishing both their characteristics and conditioning factors, as well as the peculiarity of their discursive production (“El grupo triangular: reflexiones metodológicas en torno a dos experiencias de investigación”/ “The triangular group: methodologies of reflections around to two research experiences”, Empiria, 2012).

Some of these articles are also available in English: